Keep Your “I” On The Prize

Stop trying to impress your friends and set your own goals

There’s a fairly influential guy who helped roll out cashflow modelling into financial planning, and he’s known for asking “What’s your number?” This is how much money you would need to have in the bank to say enough is enough, give up work and go and do what it is that you want to do with your life. And this should be different for everyone. If his client’s don’t give him a satisfactory answer he tells them: “If you just want a house and to live out your days happy, you can sell up in the UK, buy a shack in Nepal, and you’ll be the richest person there.”

A Different Way of Life

I was just on holiday in Kenya, ticking off a safari from my bucket list. (The only problem with ticking it off is I definitely want to do it again….but that’s besides the point). But what got me thinking of this is when we saw how the local Kenyans live.

Our guide told us that the unemployment rate in Kenya is at least 40%. He asked us what the unemployed people in the UK do, and we told him they live off benefits. He couldn’t believe that people would be paid not to work. In Kenya, there is no welfare. Those that don’t have work, make work. So they sell anything and everything at the side of the road. Some clear rubbish from roads and burn it, in the hope someone will pay them for it. The towns are full of people tidying or selling on the side of the road to the truck drivers (of which there are hundreds on very small roads!!)

Something else that brought this home was when we saw the local farmers and their children at the side of the road, roaming the land with their herd of cows or goats. We gave some of the children a pen, or on another day a sweet, and you would think they had won the lottery jackpot. We visited a Maasai tribe, and they “sold” us some of their handmade jewellery and ornaments. When asked what they would do with the money, and he said he would give it towards the local school. He has his cows, his house (made out of sticks, mud and cow dung), he has two children who are happy so he doesn’t need any more money. The school does though. 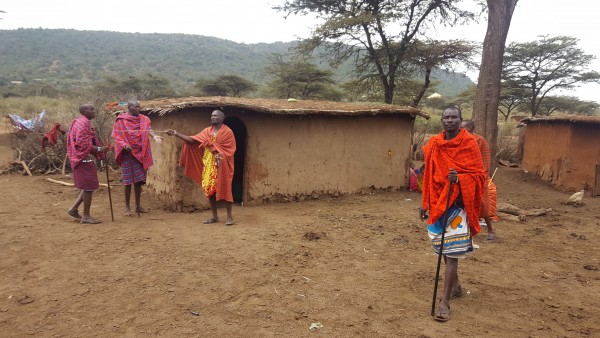 Seeing a completely different way of life makes you realise just how lucky you are. While we go to work, thinking about affording the new car, paying off the house or booking the next holiday, that man already has everything he ever wanted. Similarly, just because your friend bought a new Audi, or moved house, it doesn’t mean you have to as well.

So when it comes to your goals, are they what you want or just what you think you should be wanting? Maybe you don’t want to go out and buy a house. Maybe you’re happy with your 10 year old car – it’s never given you much trouble up to now. Stop trying to impress your friends and neighbours, or live up to what you think your mother in law thinks you should be aiming for. The key to your goals is they are YOUR goals – not anybody else’s.